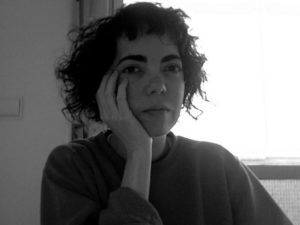 Ana Mira is a Lisbon-based dance and philosophy researcher, performer, lecturer and writer. She studied somatic practices and contemporary dance in Europe and the United States. She received her Ph.D. in philosophy (aesthetics), supervised by the philosopher José Gil and as a Foundation for Science and Technology research fellow, at Faculty of Social Sciences and Humanities – Universidade Nova de Lisboa, in 2014. She is an invited assistant professor at the Performing Arts Department at Universidade de Évora, a researcher at Nova Institute of Philosophy (IFILNOVA, FCSH – Universidade Nova de Lisboa) and a co-founding member of baldio | Performance Studies.