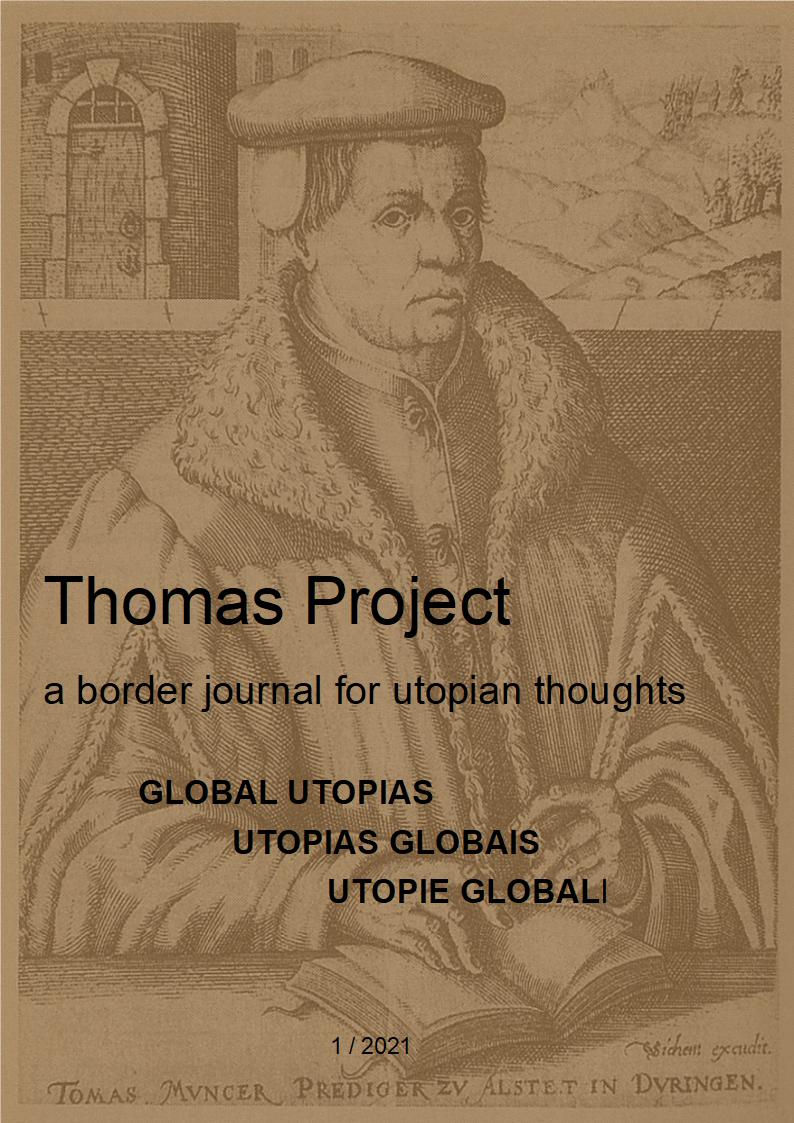 Throughout history, many utopian visions and theories have claimed to take a “global” or “universalist” approach, i.e. to speak for the whole of humankind. As such, utopian thought, like all spiritual, political and artistic configurations, is based on anthropological premises that are directly concerned with the worldview of an age – a worldview that some authors, many situated at the borders of their own age, consider worth pursuing for the sake of humankind as a whole.

The “global” scope of utopian visions gives rise to utopian plans that, if realized, could radically undermine the authors’ purposes, transforming the happy form of life they envisage into a totalitarian reality. Here we face the risk, run by many utopias, of creating dystopias.

Nevertheless, precisely through this approach, we find – within explicitly critical and satirical forms – a focus on the liberation of the weaker parts of society and an inclusive understanding of human problems. After all, political and spiritual movements – as well as many of the declarations on whose premises human rights are based, such as the Declaration of the Rights of Man and the Citizen (1789) and the Universal Declaration of Human Rights (1948) – are children of both the utopian spirit and the historical tragedies of their age.

Studying the universalistic focus of the history of utopia thus involves studying the many forms through which a society conceives of itself beyond itself, its boundaries and its weaknesses. In this sense, our globalized age is also a child of global, philosophical, political, spiritual and technological utopias.

One of the most recent fields of research in this area focuses on “globalization” as a key consequence of modernity. The last thirty years have witnessed a series of phenomena the rapidity and innovativeness of which are far from being completely understood: on the one hand, the incredible digital, technological acceleration of the past few decades and the transformation of the capitalistic economy; on the other hand, the apparent creation of a world characterized by forms of living and challenges that are increasingly common to the whole of humankind.

Globalization taken in itself and the global phenomena that characterize our contemporary civilization embody images from past global utopian endeavors while producing their own global utopian visions.

For this issue, we are seeking articles that examine this theme in general, and the following sub-themes in particular:

We welcome submissions that take a philosophical, literary, artistic, theological or political approach and that are written in one of the journal’s five languages: English, Italian, Portuguese, French or Spanish.

May 25th : submission of the article